'O' Group is a set of WWII battalion level rules designed for a player to command a battalion sized force plus supports, or a multiplayer game where each player can command a battalion as part of a larger battlegroup. The rules introduce some exciting command mechanisms that encourages the players to think about allocation of reserves as well as commanding their force in action. The rules include army lists covering the UK, USA, Germany and Soviet Union for the later war period but the rules can be used with historical unit structures to game the entire conflict.

I have purchased a copy and might be dusting off all the 15mm WWII stuff that's collecting dust in my garage. 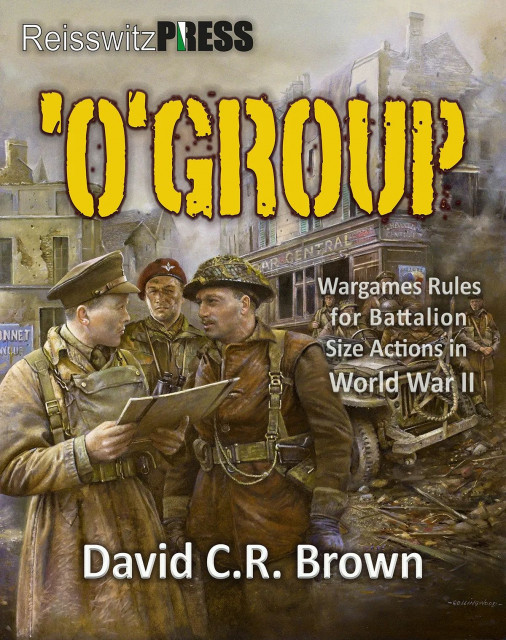 More posts from author
Friday, 24 June 2022 Friday photo - Dan literally gets out of his foxhole...
Thursday, 16 June 2022 Kickstarter update #13: Address information...
Thursday, 02 June 2022 Something to play after the book goes to print tomorrow