So, almost midway in January....Rex and I can BOTH honestly say we haven't been in 'Hobby Hibernation'...Rather we have only just come up for Air!!

I spent 3 weeks at Rex's place in Australia with him and his lovely family. We do admit we were lucky enough to get some real hobby time in also; both playing some games ( and taking vids of some battle reports  for our youtube channel , which are in post production now! ), and getting in some serious painting after hours too when all throughout the house, not a creature was stirring. Not even a mouse. Or a snake.

Rex had done a fantastic job of getting a new player into the game and excited, and it was a pleasure for me to meet Ash. as Rex played him in his first game, i had the job of advising Ash where required on tips for his first game. I must say- he didn't need much advising! apparently Ash plays a lot of tactical and strategy games online, and i believe chess too..it showed. He has a good mind for small unit tactics and will become a formidable opponent. He has a penchant for rolling 6s to hit too!! 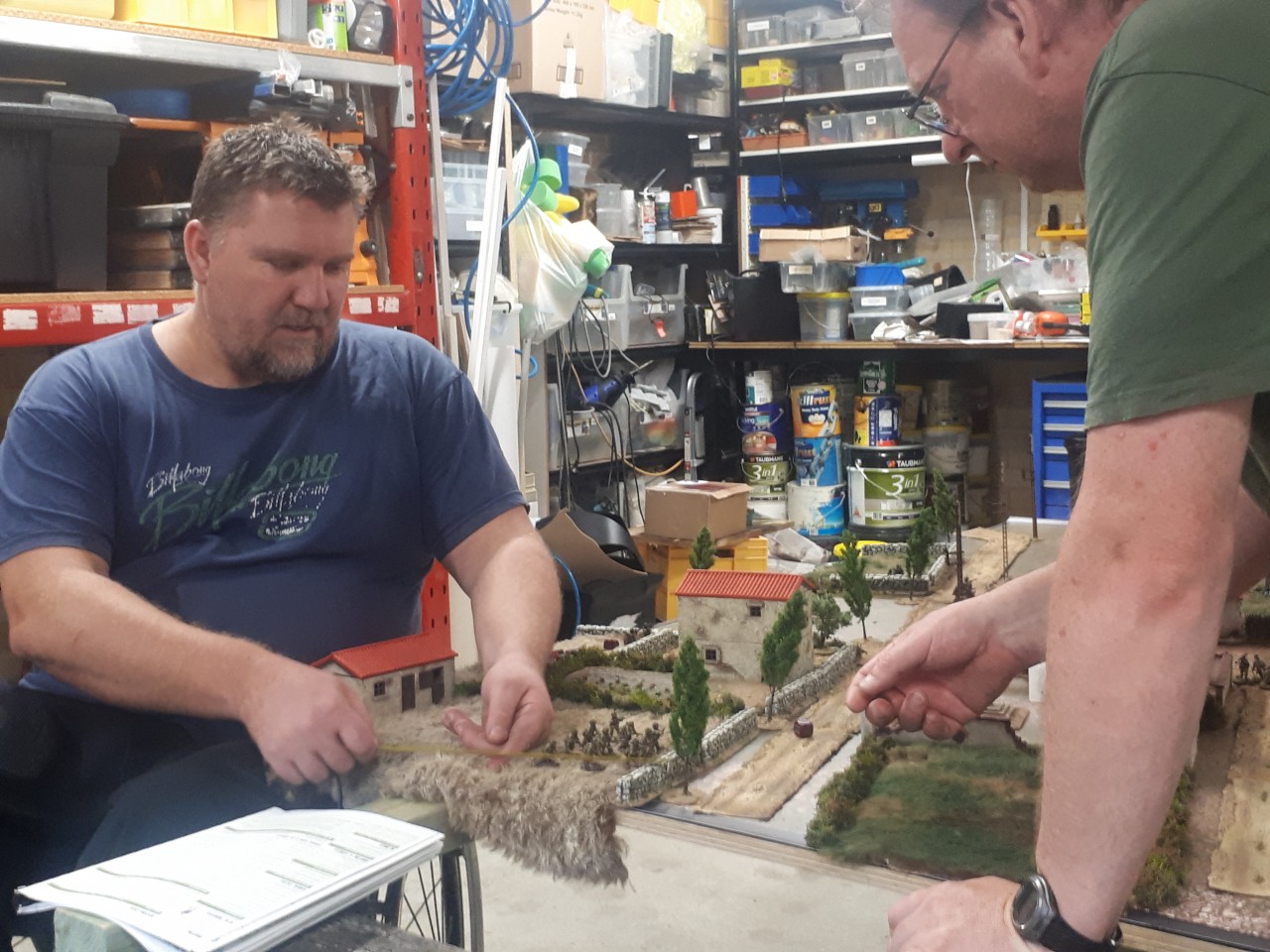 Rex and Ash engage in close quarters battle....On the table. Not in real life, despite their meeting over the obstacle...!! 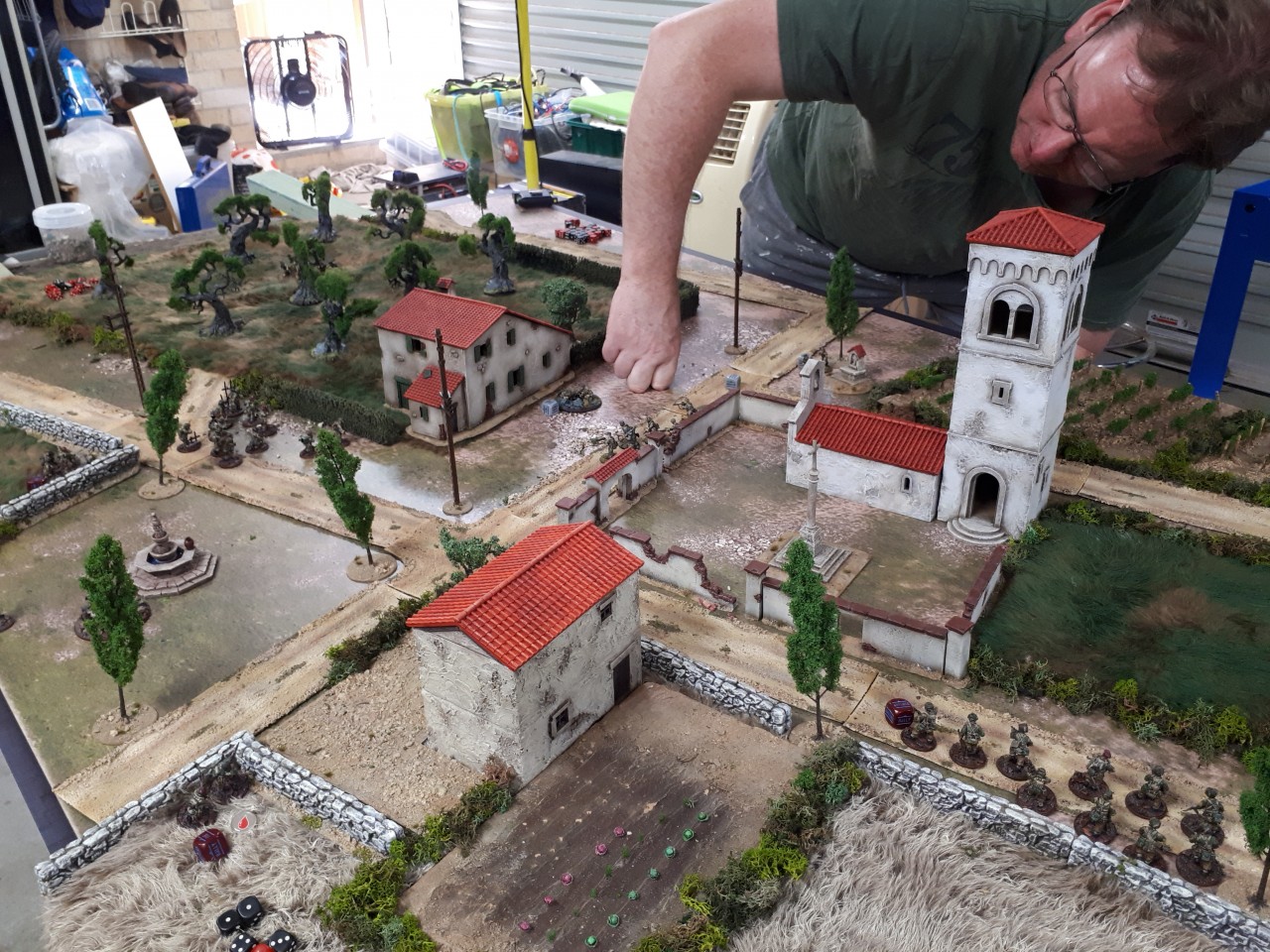 ​Welcome indeed to the hobby, Ash. looking forward to playing you on my next visit and also seeing your armys progress as you build and paint it.

I have started my new year finishing off my tropical FJ and therefore clearing my desk. Athough im still in progress there, im already looking ahead to a new army, as you can check out on our youtube channel here;

I had a really enjoyable game of another game; Kings of War, with my nephew, Daniel. I really really enjoyed it and having both him and his dad (Rex ) explain it. You may not realise, but warhammer fantasy was a huge huge driver for me getting back into wargaming at the end of the 90's. I really missed fantasy armies ranked up majestically, and all the thought that goes into maneouver and the challenge of doing so in ranked units that Kings of war reminded me of.​

Anyways, heres looking forward to another year of getting to share this hobby with you, hopefully a chance to share it with my son and friends of mine in Ireland.

Also, i get to share the hobby and creating our content on this site, our channel and podcast with my brother, Rex. I had a moment where i was being an intolerable cranky-ass off camera in one of our filmed battle reports that was initially crap, but after apologising (for that- AND the fact it was caused by my setting of a gruelling schedule of hobby prep and recording that made this self-inflicted!) it was a timely reminder of all the stuff in our podcast episode one of why i play wargames. That went on to be one of the most memorable games we've ever played...and we got it on camera for you to enjoy one day soon. hope we captured and bottled that feeling for you.

We played some games and did some terrain all right! Wait till you see the videos and photos!

0 Cancel Reply
We played some games and did some terrain all right! Wait till you see the videos and photos!
Cancel Update Comment