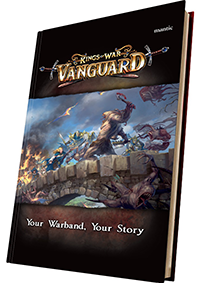 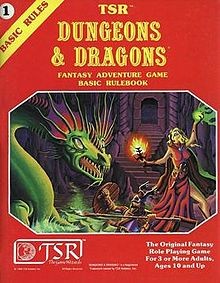 For example your local gaming store may run "ABC game" tournaments and provide space for you to play, which is really generous! Let's say you invest huge amount of time to drum up interest in that game and try to build a small community, you will eventually realise that of course the business owners motivation is to build his business which may or may not include endless sessions of ABC game just because that's my preferred option. Obviously if there are other games that are more popular he will drop ABC like a hot potato and move on to XYZ or something else Because at the end of the day he likes to eat and he wants clothes to wear and he wants to feed his family, so good on him for that. However my motivation is different, my motivation is to build a ABC gaming community in my local area so in some ways we have synergy but in some we are in competition with each other.

Now mantic games of course are in business, they are in business to make money otherwise they can't buy shoes for their children and have a roof over their heads so what is their motivation for bringing out Kings of War Vanguard? Is it because this is the best game that money can buy and nothing else can compare no absolutely not. Their business plan would presumably involves some cross crediting from existing customers because as we all know in business existing customers are the best source of "new" business. They already know you, they already trust you and you don't have to spend vast sums of money in procuring new customers if you can get the existing ones to buy more of your products.

So again what is my motivation well funnily enough my motivation is not to inflate the coffers of Mantic games even though I think they make a great game in Kings of War and it certainly is my go-to game for mass Fantasy battle. It's easy to learn hard to master and the models are pretty good too but for me automatically assuming that a skirmish sized fantasy game but they produce is the best thing possible just does not add up.

This then brings in the question of what is a "the best game" that's a thought for another day, however in episode 4 of the Valhalla games podcast I discuss with my brother about how my miniature gaming display board was "better than his". It was meant to be a joke, it may have fell a little bit flat but my point was mine was "better" in that it was a lot more detailed but I didn't get mine finished in time so I was unable to take it to the tournament. Where as his simple solution which was perfect for the job and looked really great was able to be completed in a limited amount of time and take along to display on the day so in the end what is better? In this case obviously his was, in that it was feasible and allowed enjoyment on the day.

I'm still conflicted but I am off now to buy a new set of rules now so I'll talk to you soon and in the meantime I'll [mainly] be dreaming of D&D :-)

The good the bad and the ugly of mass army painting

Kings of War V3; Shadows in the North. 2-Player Starter Set, Unboxing and a quick look

So....what is this vanguard is it a criss from miniatures to RPG? Or simplified of their kow stat line system?

I think we should investigate further and nringvthe info yo the people..as I genuinely don't know.

0 Cancel Reply
So....what is this vanguard is it a criss from miniatures to RPG? Or simplified of their kow stat line system? I think we should investigate further and nringvthe info yo the people..as I genuinely don't know.
Cancel Update Comment

Its probably more about me being frustrated than anything else, its a skirmish sort of spin off of kings of war (with power dice, I hate that term): YouTube link

0 Cancel Reply
Its probably more about me being frustrated than anything else, its a skirmish sort of spin off of kings of war (with power dice, I hate that term): [url=https://www.youtube.com/watch?v=7RfKbrv7fG4]YouTube link[/url]
Cancel Update Comment